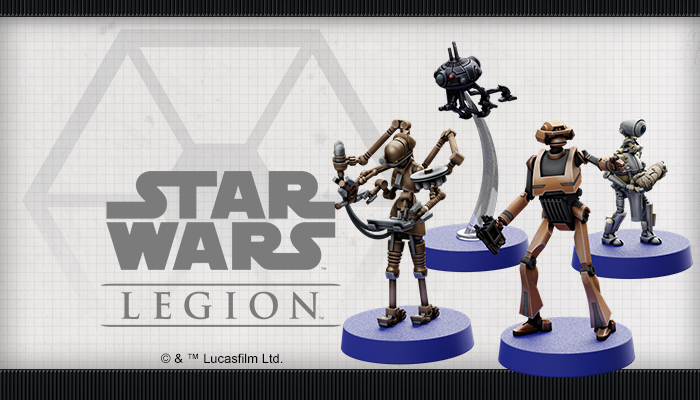 The Separatist Alliance relies on its seemingly endless ranks of battle droids to secure victory in the battles of the Clone Wars. It should be no surprise, then, that still more droids are used to maintain these vast droid armies. While members of the Separatist high command like Count Dooku are plotting a galaxy-wide strategy, T-series Tactical Droids are leading the way on the ground and other droids, like the PK-series worker droid, are keeping the army up and running.

The Separatist Specialists Personnel Expansion invites you to upgrade your forces with four new droids that can fill your units’ personnel slot. In addition to a T-series Tactical Droid and PK-series worker droid, you’ll also find droids that can assist in all phases of combat, including an EV-series medical droid to treat the wounds of your organic units and a Viper recon droid to collect valuable intel. 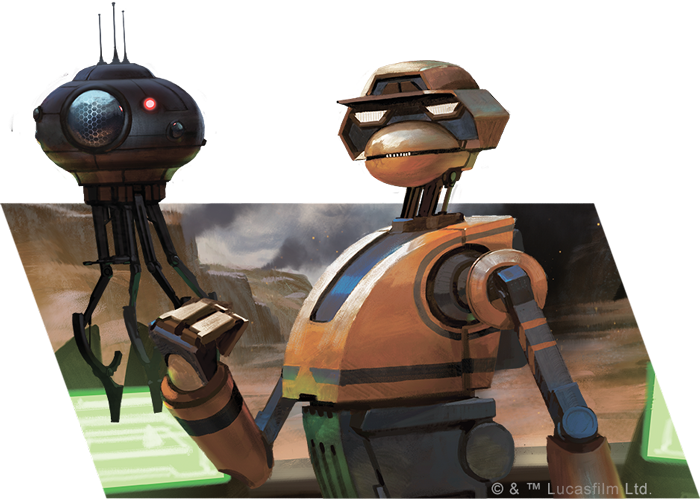 Boasting advanced processors and sophisticated programming, the T-series Tactical Droid  in this expansion is particularly versatile, able to boost the reliability of individual units or even take command of CIS military forces. These droids are well-versed in common Separatist strategies, represented by the three new command cards found in this expansion and that can be deployed by any Separatist commander.