The Rebel Alliance is constantly outgunned in their war against the Empire. Since they cannot hope to match the awe-inspiring military production of a galaxy-spanning Empire, the Rebellion has turned to salvage in order to supplement their forces—such as with the AT-RTs. First introduced by the Republic during the Clone War, the All Terrain Recon Transport, or AT-RT, has since been co-opted by the Rebel Alliance to aid their war against the Empire.

As a relatively quick and maneuverable walker that can pack a significant punch with its weapons systems, additional AT-RTs have plenty to offer to your army as you supplement the single AT-RT in the Core Set. Since each AT-RT only offers a single hardpoint for a larger gun, it’s easy to have your walkers fill different roles in your army—deploying some armed with laser cannons against enemy vehicles and sending another to mop up Imperial infantry with a flamethrower.

The AT-RT Unit Expansion includes a single new AT-RT miniature for you to add to your Rebel army, complete with three different gun attachments that can be attached to your miniature. Along with the AT-RT, you’ll find the associated unit card and an assortment of upgrade cards for you to enhance your AT-RT and other units. 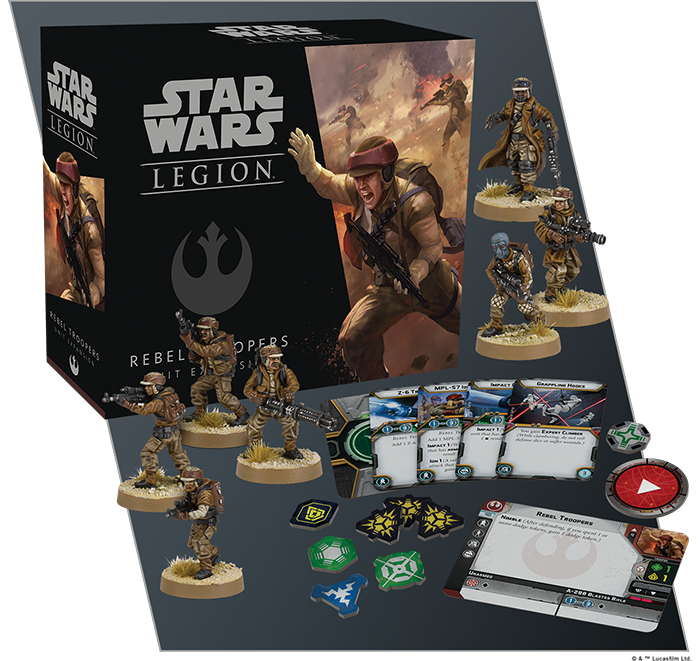