Also making its way to Armada from the Star Wars Rebels television show, the Imperial light cruiser is a communications and blockade ship used to help the Empire spread its domain throughout the galaxy. Quicker and more maneuverable than a Star Destroyer, the Arquitens-class light cruiser was frequently deployed to the Outer Rim to help strangle isolated rebel cells.

Of course, its speed is only one part of the threat it presents. The light cruiser is also a powerful vessel, armed with quad lasers, turbolasers, and concussion missiles. In numbers, it can menace even the largest enemy warships. 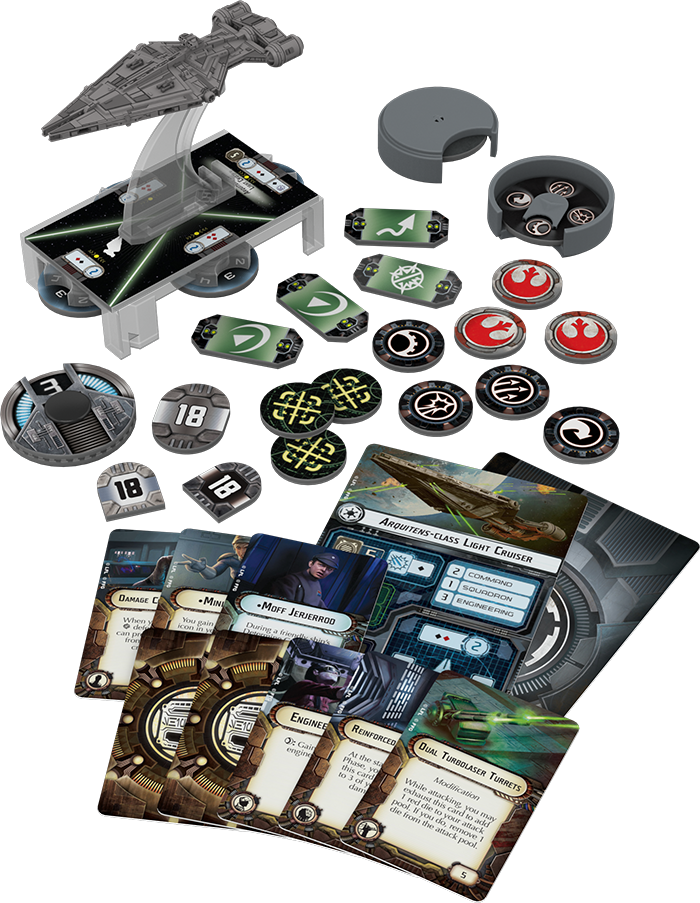 In Armada, the Imperial Light Cruiser Expansion Pack presents this ship as a fast, small-base Imperial vessel that excels at providing long-range fire support from its broadsides. In addition to its pre-painted miniature Arquitens-class light cruiser, the expansion also contains two ship cards, and eight upgrades, including the new commanderMoff Jerjerrod , whose ability allows your ships to react more quickly to any asteroid fields or other obstacles they may encounter during battle. You will also find all the command dials, plastic, and tokens necessary to send your light cruiser racing around the Rebels' flanks and into a new era for Imperial tactics.