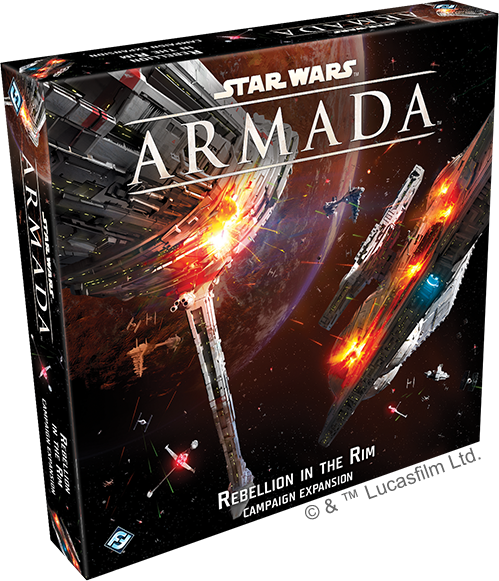 “Asteroids do not concern me, Admiral. I want that ship, no excuses!”
–Darth Vader, Star Wars: The Empire Strikes Back

The galaxy is at war. The Galactic Civil War rages across the stars, nowhere more fiercely than the lawless Mid and Outer Rim. Newly promoted commanders lead their fleets to these systems, looking to make a name for themselves as they vie for resources, allies, and ever more control of the galaxy. As they grow in power, all suspect that a grand final battle is approaching in the Rim—one that will determine whether the growing Rebellion will be crushed under the fist of the Empire, or if the spark of hope will burn down the established power structure and allow a new age to begin.

Fantasy Flight Games is pleased to announce the upcoming release of Rebellion in the Rim, the second campaign expansion for Star Wars™: Armada in the third quarter of 2019—now available for pre-order at your local retailer or online through our website with free shipping for the continental United States! 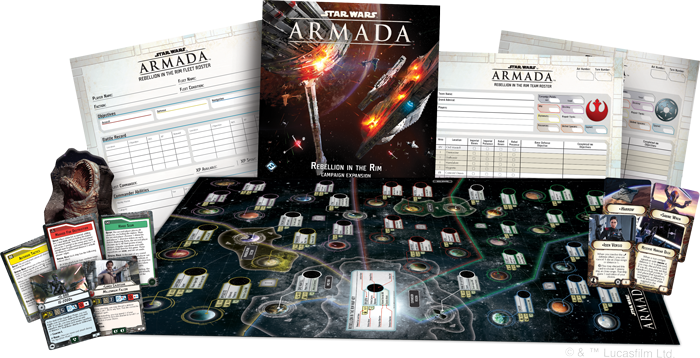 War in the Rim

Rebellion in the Rim is an epic campaign expansion for Star Wars: Armada that takes two to six players to the farthest reaches of the galaxy, where they must fight for control of the territories and resources that may prove invaluable in the wars ahead. Using the innovative campaign mechanics first introduced in The Corellian Conflict, your team must choose to support the Galactic Empire or the Rebel Alliance over the course of multiple battles across the Rim. There, you might just earn enough campaign points to scatter the enemy forces and prove to your superiors that you are a credit to your faction, worthy of advancement and renown.

Rebellion in the Rim increases the strategic complexity of every battle in Star Wars: Armada, whether you favor campaigns or traditional play. With twelve new standard objective cards and eleven new campaign objective cards, every game has a vast array of new possibilities to explore. While completely annihilating your enemy’s forces would be ideal, it is often not necessary to achieve your strategic goal and puts your own crews' lives at risk. You must balance close-proximity dogfights and full fleet assaults with the goals of your operation to ensure that your side does not lose the Rim in exchange for a single victory. 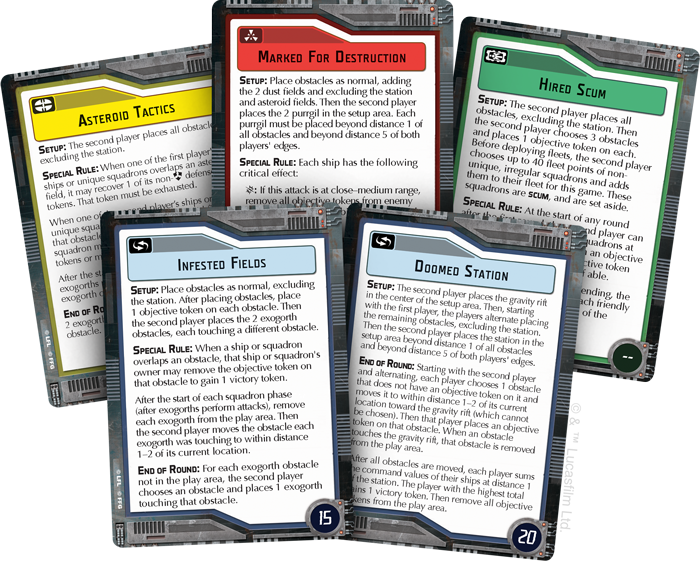 With each new objective comes the chance to tailor a new team, specially assembled to take on the new challenges of this campaign expansion. You may be asked to take out a ship that is Marked for Destruction or be forced to face off against some Hired Scum.  Whichever objectives you choose to pursue, you are sure to discover new ways to use your forces and sharpen your skills as a tactical commander.

Across the Rim, you will encounter new obstacles to challenge your piloting skills and create an immersive gameplay experience as you maneuver through treacherous areas of space, filled with Exogorths, Purrgil, and Gravity Rifts! Unlike a typical game of Armada, the fleets locked in combat in Rebellion in the Rim may feature fleets of unequal power, ranging from small, mobile task forces to expansive team fleets. As you participate in these cosmic clashes, able to be played on a 3’ x 3’ area, you will gain experience to upgrade your own powers, until your adventure culminates in an epic, pivotal battle to determine the fate of your team and the destiny of the Rim.

The significance of each battle is fully felt as your ships may suffer permanent damage, as you add new vessels to your fleet, or when you lose vital allies in the chaotic firefights. But with each fight, you also have the chance to gain experience and learn from your mistakes and triumphs with brand-new mechanics for building your own unique commander. Rather than having a commander upgrade card attached to your flagship, you will name your own commander, adding them to your roster sheet, and choosing an ability like Repair Expert or Independent Raider to specialize your commander at the start of the campaign. Then, over the course of your battles, you can spend experience to keep developing that ability until your commander is a true master of their field.

Heroes on Both Sides

But there is more to building a successful fleet than heading it with a powerful commander. While the heart of Star Wars: Armada is the detailed miniatures of the galaxy’s largest ships, these vessels would be nothing without the brave men and women who operate and maintain them. When you assemble your fleet, Rebellion in the Rim gives you the option to improve your forces with 28 available upgrade cards, including iconic officers to tap the full potential of your forces. The Rebel Alliance gains the help of Mandalorian Sabine Wren,  who can place a proximity mine to cut off an enemy’s route during the ship phase. Then, on the side of the Galactic Empire, the commander of the Inferno Squad, Iden Versio,  lets her ship cancel one die when it evades. Alternatively, Iden can execute a one-time raid on an enemy ship, so long as she can maneuver into close range!

As you select the soldiers who will protect your interests in the Rim, this campaign expansion also presents you with eight unique squadron cards to help lead your fleet if you have the Rogues and Villains Expansion Pack in your collection. The Rebels will find no greater defensive force than the legendary Lando Calrissian , designed by 2018 Star Wars: Armada World Champion Nathan Coda. While he pilots the Millennium Falcon, Calrissian can set a chosen die to any face by discarding a defense token, and then keep that die protected from any further tampering by your opponent. 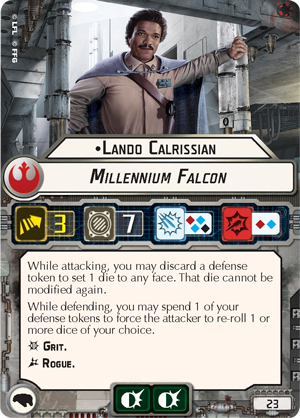 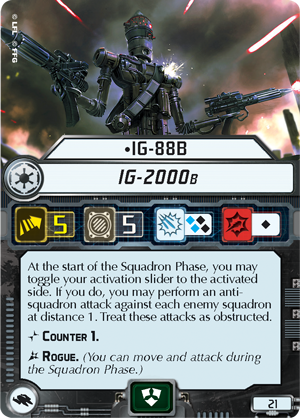 Otherwise, if you choose to lead the Imperial forces, you may upgrade your firepower by adding the fearsome attack droid IG-88B to their ranks. While the IG-88 has appeared in the Rogues and Villains Expansion Pack, the B-version increases your chances to land critical blows by replacing two of IG-88’s four blue dice with black dice. Beyond this, at the start of the Squadron Phase, IG-88B lets you toggle your activation slider to the activated side to perform anti-squadron attacks against each nearby enemy squadron. While these attacks are treated as obstructed, this move may prove invaluable if you find yourself surrounded by Rebel swarms. After all, if word reaches the Emperor that you lost a battle to a worthless troop of Rebel scum, the Rebels themselves will be the least of your worries.