Arkham Horror: The Card Game - The Boundary Beyond (engl.)

I screamed aloud that I was not afraid; that I never could be afraid; and others screamed with me for solace. We swore to one another that the city was exactly the same, and still alive; and when the electric lights began to fade we cursed the company over and over again, and laughed at the queer faces we made.
–H.P. Lovecraft, “Nyarlathotep”

In The Forgotten Age, you embarked on a scientific expedition to discover ancient Aztec ruins in the rainforests of southern Mexico and returned home with a priceless artifact that you had to protect in the best way you knew how. Then, in Threads of Fate, your world fell into chaos as you were confronted with a series of objectives as the sands of the hourglass were quickly falling away. Now you seek to undo your mistakes, but the choices and sacrifices that you have made to reach this point will inevitably shape your mission moving forward. That is, unless time is not as stable as you believe.

Fantasy Flight Games is pleased to announce The Boundary Beyond, the second Mythos Pack in The Forgotten Agecycle for Arkham Horror: The Card Game, available for pre-order now at your local retailer or online through our website here! 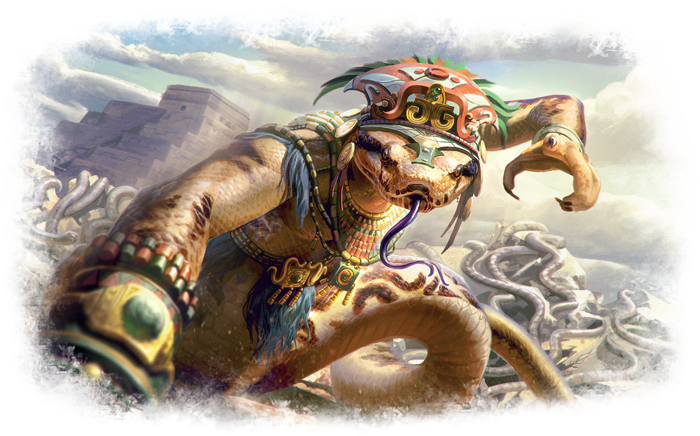 Digging Up the Past

Arkham Horror: The Card Game has always blurred the line between madness and reality, and now in The Boundary Beyond, the distinctions between the past, present, and future start to become hazy. Following the events of Threads of Fate, you are driven from Arkham to Mexico City to find answers about an enigmatic relic and those who pursue it. After a seemingly endless string of failures, it appears the trail has gone cold. But on the very day you are ready to return home, something is wrong—the city has altered. Silver lightning crackles in the sky overhead, and the earth rumbles below your feet. Monstrous entities float just below the clouds and the architecture looks more like something out of a history book than modern Mexico. 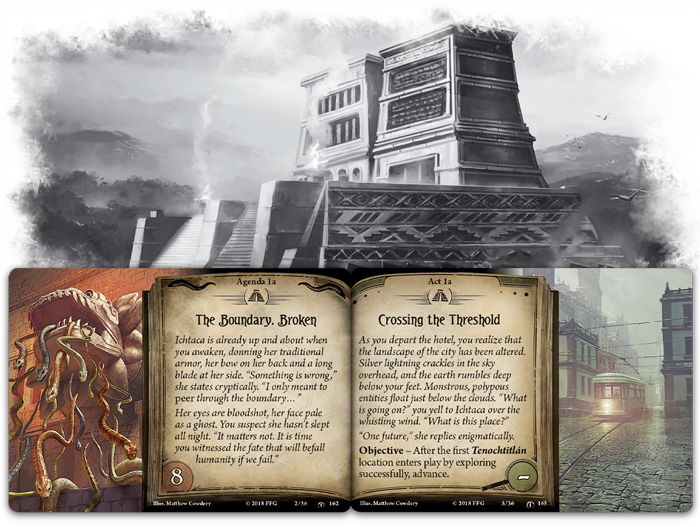 Despite the altered landscape, it does not appear that you have traveled to the past. Rather, it is more like all of time is happening at once and the city is continuing to evolve before your eyes. During your investigation in The Boundary Beyond, you may be instructed to place new locations over existing ones. This is not to say that you have moved, but rather that the places themselves have changed as the fabric of time begins to unravel. When a location changes, all tokens, attachments, investigators, and enemies at the original location are considered to be at the new location when it is replaced. For example, if you are at the modern Metropolitan Cathedral (The Boundary Beyond, 169), you may choose to use the Explore action, first introduced in The Forgotten Age deluxe expansion, to uncover the secrets hidden within its walls. When you draw from the exploration deck, you discover the Temples of Tenochtitlán (The Boundary Beyond, 177). This Ancient location has a matching connection symbol in the upper left corner, marking that the Temples of Tenochtitlán replace the Metropolitan Cathedral and you are now considered to be at the Temples. You have not fallen through time, time has shifted around you. 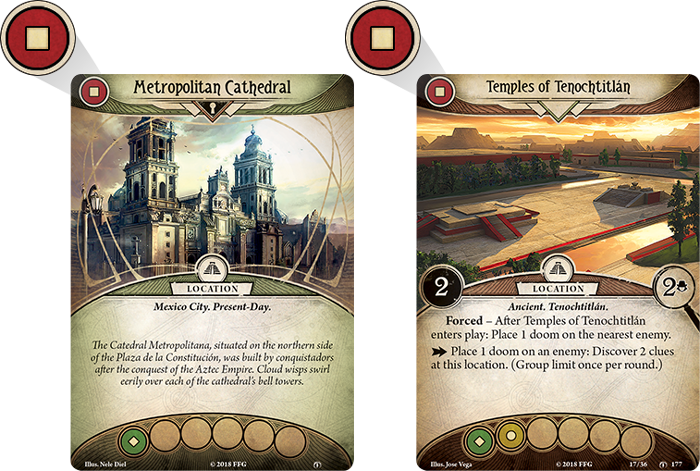 As the thread pulls, the weave unravels. Throughout The Boundary Beyond, you may have increasing reasons to panic as you encounter Timeline Destabilization (The Boundary Beyond, 190). When this dreaded Hex is revealed, you must test your willpower. In the modern era, this test would not cause much worry. However, the test gains difficulty for each Ancient location in play and if you fail, you suffer one damage and one horror, and you must shuffle Timeline Destabilization back into the exploration deck as the clock appears to jump forwards and back of its own volition.

Remember Who You Are

To help you survive in this ever-shifting landscape, the player cards of The Boundary Beyond focus on helping you gain skill by embracing the nature of your faction. Mystics may learn how to perform a Ritual to Recall the Future(The Boundary Beyond, 158). While you possess this asset, you can put your foresight to the test by naming a chaos token during a skill test. If you successfully peer through the boundary and your named token is revealed, you may then exhaust Recall the Future to raise your skill for the test. Meanwhile, if you play as a 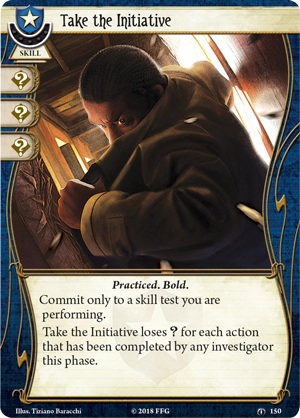 confident Quick Study (The Boundary Beyond, 154), you may simply choose to place one of your clues on your location and exhaust Quick Study to significantly raise your skill for a test, knowing that you may easily regain this clue at a later time.

Even with these increased abilities, the more bookish investigators may find need for some added muscle. In times of crisis, a BoldGuardian may wish to defend their fellow investigators and Take the Initiative (The Boundary Beyond, 150) to spring into action. This skill rewards you for taking your actions early with the ability to commit three wild skill icons to one of your tests. However, the longer you wait to use this card, the weaker it becomes. Take the Initiative loses a wild icon for each action taken by any investigator, so if even one of your companions has completed their full turn, the card loses its value. With the fate of the past, present, and future at risk, this is no time to be timid.