Something is wrong. Nobel Award-winning scientists and their revolutionary discoveries have vanished. This ripple in reality is a devastating loss for humanity, and it must be restored. Who has tampered with the past and disrupted the future? Only time will tell…

The city of Arkham is caught in a dark plot that spans across decades! From the quiet days of Arkham’s past to the bustling days of its future, you and your fellow investigators will chase the culprits of this chronological caper before they undo sixty years of important scientific discoveries. Will you find and rescue the missing scientists from their captivity in the twisted realm of Tindalos? Or will your travels through time cause unintended consequences for the past, present, and future? 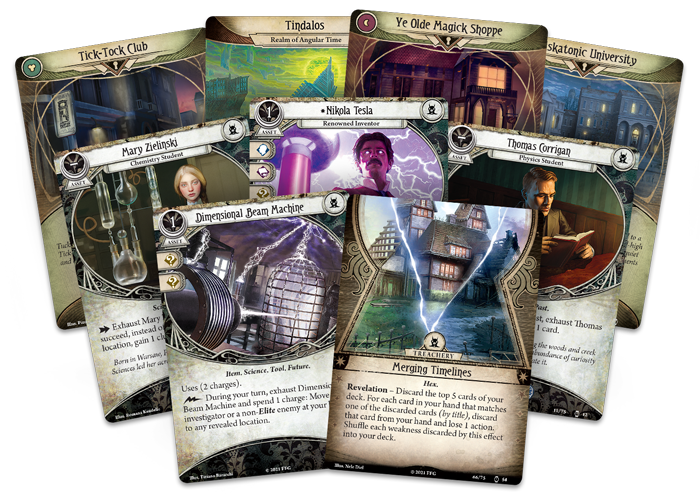 Like previous scenario packs, Machinations Through Time can be played as a standalone adventure or as part of a larger campaign. You also have the choice to take on these threats as a single group or as part of a large event with up to 12 investigators in Epic Multiplayer Mode. Unlike other scenario packs, however, Machinations Through Time gives us our very first look at Arkham, Massachusetts in other time periods, as well as the ability to travel between them. A seemingly impossible task in Arkham’s present may be easy to solve in its past, and tools or information from the future could be the key to setting history back on its correct path. 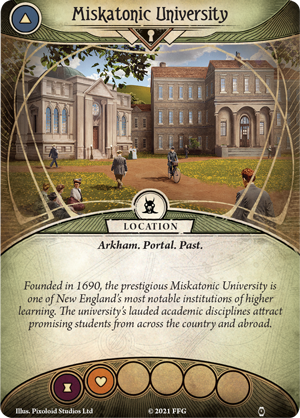 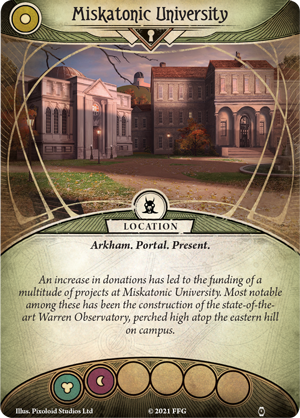 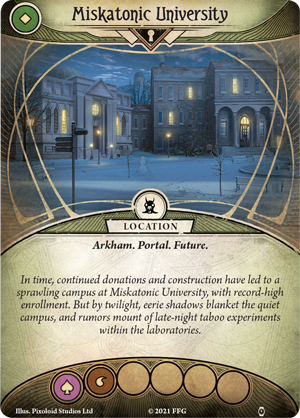 All of the locations in this scenario are labeled Past, Present, or Future, with the exception of Tindalos (Machinations Through Time, 5A), which is all three at once. By traveling between Tindalos and various landmarks of Arkham in all three eras, you can manipulate the flow of time to your advantage, gaining extra resources, clues, cards, or other benefits depending on the location and era. By coordinating with your fellow investigators, you can set something up in the past and then have a friend immediately reap the benefits in the future, or vice versa. 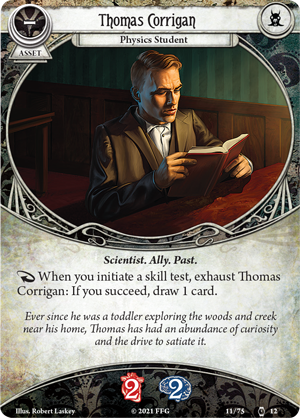 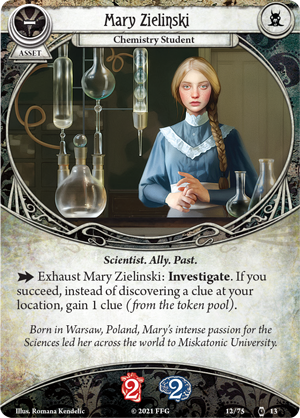 But simply jumping between time periods is not the goal of this scenario. Thomas Corrigan and Mary Zielinski—two great, award-winning scientists—have been abducted and imprisoned in Tindalos. It is your job to not only rescue them, but also ensure that they are set back on the path to meeting each other and making the incredible discoveries they will one day be known for.

While these scientists are labeled as ally assets, they function a bit differently in Machinations Through Time than in normal Arkham scenarios. No one investigator takes control of these allies—instead, they are placed on locations much like the investigators themselves, and whenever an investigator travels from one location to another, they can bring any Scientist allies from that location with them. However, you cannot take a scientist to a different era of time than the one they belong to! 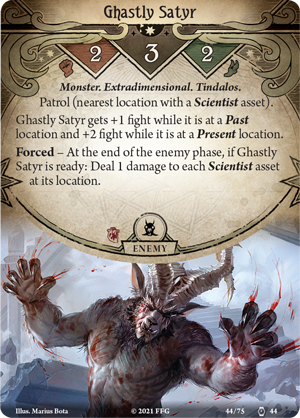 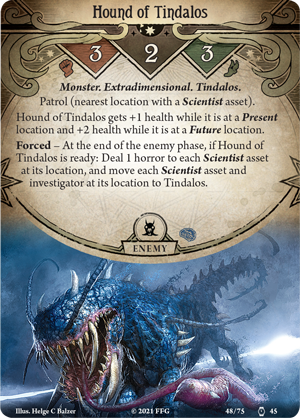 Of course, the forces of the Mythos will hardly let you work with these scientists unhindered. For reasons unknown, the monsters of Tindalos are fixated on capturing not just Thomas Corrigan and Mary Zielinski, but any Scientist they can get their hands on. The brutish Ghastly Satyrs (Machinations Through Time, 44) will come for the Scientists with claws bared, while the terrifying Hounds of Tindalos (Machinations Through Time, 45) will savage their minds. Each time a Scientist asset would be defeated, they are instead abducted by the fiends of Tindalos, which means you may find yourself racing back to the horrifying realm on more than one rescue mission during this scenario. 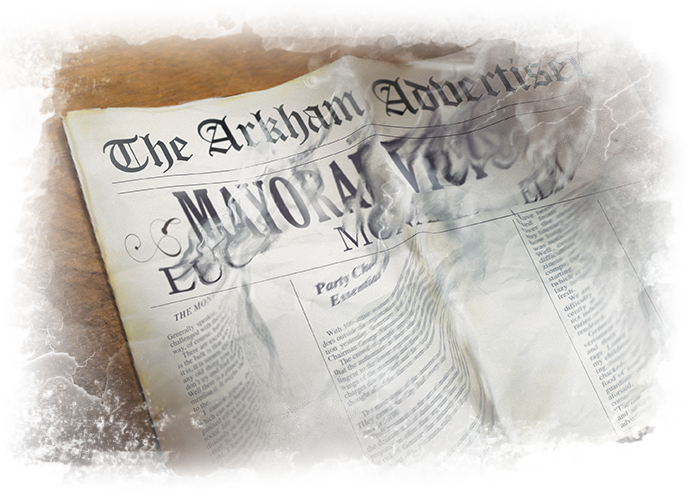 With many twists, turns, and time paradoxes, Machinations Through Time will keep even the most experienced investigators on their toes. Will you solve the mystery of who is targeting these scientists throughout history? Or will you become lost in the time stream?