Lord of the Rings: The Card Game - The lost Realm (engl.) - Nightmare 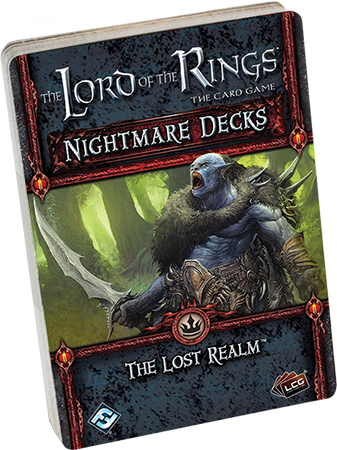 "Lonely men are we, Rangers of the wild, hunters—but hunters ever of the servants of the Enemy; for they are found in many places, not in Mordor only."
–Aragorn, The Fellowship of the Ring

Nightmare Decks are now available for The Lost Realm deluxe expansion for The Lord of the Rings: The Card Game!

For many generations the Rangers of the North have patrolled the northern reaches of Middle-earth, shielding the lands of Men from the evils that surround them. Their efforts are ceaseless. They receive no thanks. And they even suffer the scorn of the simpler folk who fail to understand them. Yet they would have it no other way. Their secret hunts grant the simpler folk freedom from care and fear, and there are servants of the Enemy in many places—not just in Mordor.

When The Lost Realm was released, it provided fans of The Lord of the Rings: The Card Game their first real chance to join these Rangers and participate in their defense of the North. You could chase Orcs, battle undead, and uncover the first signs that terrible evils were once again stirring in the forsaken lands of Angmar. 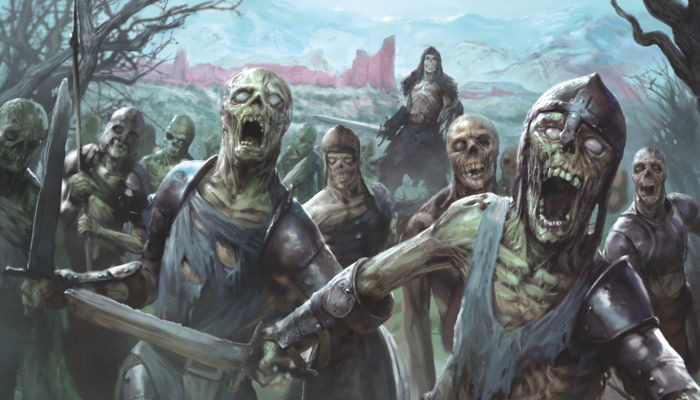 The Lost Realm Nightmare Decks consist of three twenty-card decks collected into a single package. Its cards allow you to revisit the adventures from The Lost Realm recast in the menacing shadows of Nightmare Mode. You'll find the challenges greater and full of new turns. You'll find the scenarios' themes given slightly new shapes, as elements like the expansion's side quests are featured more prominently, and the decisions they force you to make become even more urgent.

What else do the nightmares of the North hold in store for you? Developer Matthew Newman addresses more of the ways that The Lost Realm Nightmare Decks renew your experiences with the scenarios from The Lost Realm. 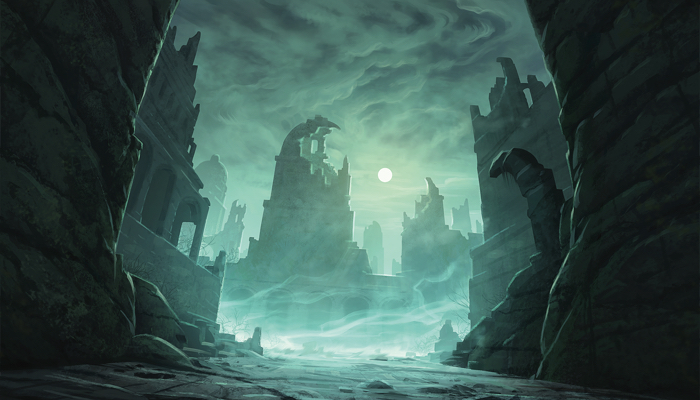 This is the scenario that introduces Side Quests to The Lord of the Rings: The Card Game, and much of its structure revolves around completing these side quests. For this reason, we felt that the nightmare version of this scenario needed to push side quests as far as they could go.

One of the observations about this quest was that it was too easy if few side quests are revealed, and difficult if many were revealed. To that end, we strove to greatly increase the likelihood that the side quests would appear during your quest. To start with, the Nightmare Deck adds two new side quests. Then, each and every one of the new nightmare cards added to the deck searches for one of the deck’s many side quests if a certain condition is not fulfilled. 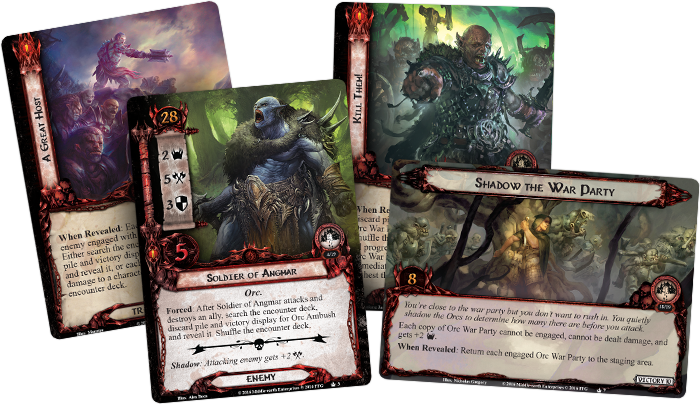 In Nightmare Mode, search effects like these may even cause you to return side quests previously defeated into play from the victory display. The result is a quest that contains many branching paths and all the critical decisions they force you to make, even as you face a lot of mounting pressure coming at you from all sides.

The Weathered Hills is a unique quest with two stages that feel very different from one another. In the first stage, you are tracking down Orcs, hunting them, and trying to defeat a certain number of them in order to advance to Stage 2. In Stage 2, however, the tables turn, and you must defend yourself from a sudden Orc ambush, fighting to prevent your fellowship from becoming overrun.

This dichotomy hinges upon a special Orc deck, which is set aside at the beginning of the game. Accordingly, the Nightmare version of this scenario spurs a range of new interactions with the Orc deck, including a few that are bound to surprise veteran players. 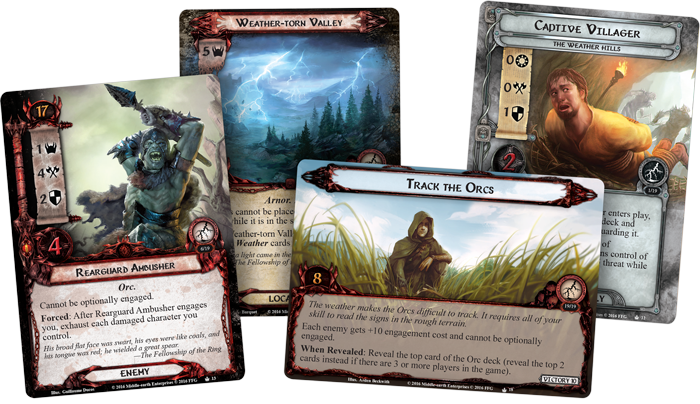 More than this, we decided to further push the scenario's narrative. Since your heroes are working with the Rangers to safeguard the North, we added three copies of a Captive Villager (The Weather Hills Nightmare Deck, 12) into the Orc deck. If a villager is found, it must be rescued and protected carefully, because losing even one costs you the game in Nightmare Mode.

Deadman's Dike is a challenging scenario that features a series of effects that cause players to discard cards from the top of their deck, representing their dwindling resolve in the face of the tide of undead. As a result, it established a new loss condition; if your deck ran out of cards, you lost.

Of course, the easiest way to prevent yourself from running out of cards is to build a larger deck, right? Not in Nightmare Mode! This is thanks to the new Nightmare Setup card (Deadman's Dike Nightmare Deck, 19), which reads:“Each player’s deck cannot include more than 50 total cards.” This means that when playing in Nightmare Mode, you cannot dodge the scenario’s more dangerous effects by bringing a 150-card deck to the table. 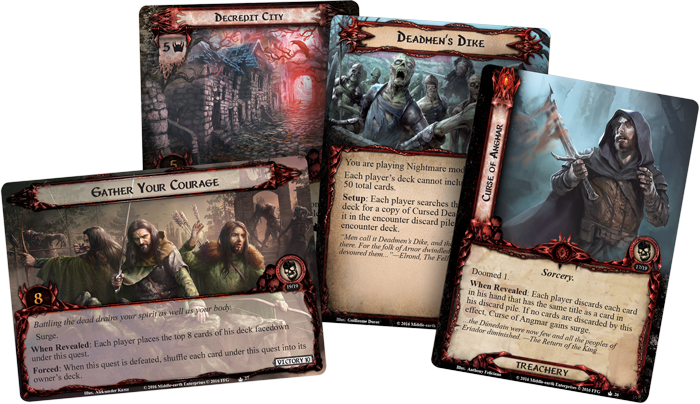 Naturally, this Nightmare Deck also introduces more than a few more cards that discard cards from your deck, including Palace Ruins (Deadman's Dike Nightmare Deck, 23), a whopping nine-threat location… that you can make less dangerous by discarding precious cards from the top of your deck.

When designing this Nightmare Deck, we also strove to make it feel like you are surrounded on all sides by swarms of the dead. What better way to do that than to include two additional copies of Cursed Dead (Deadman's Dike Nightmare Deck, 21)? This is precisely the same card as its non-Nightmare version, but simply including two more copies of it is enough to make its "when revealed" effect tremendously frightening.

Good luck, and Gather Your Courage (Deadman's Dike Nightmare Deck, 27)—you’re going to need it for this one! 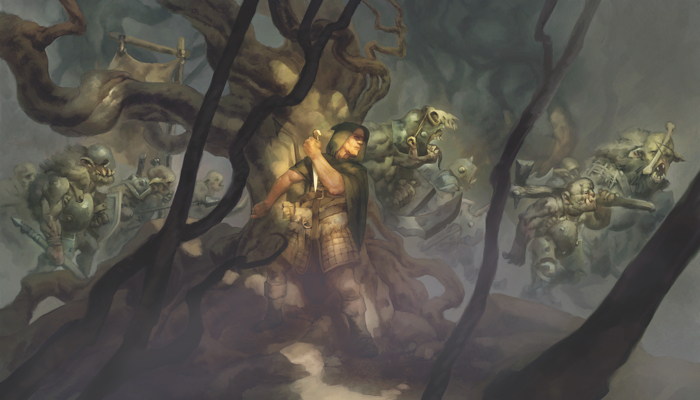