Arkham Horror: The Card Game - The meddling of Meowlathotep 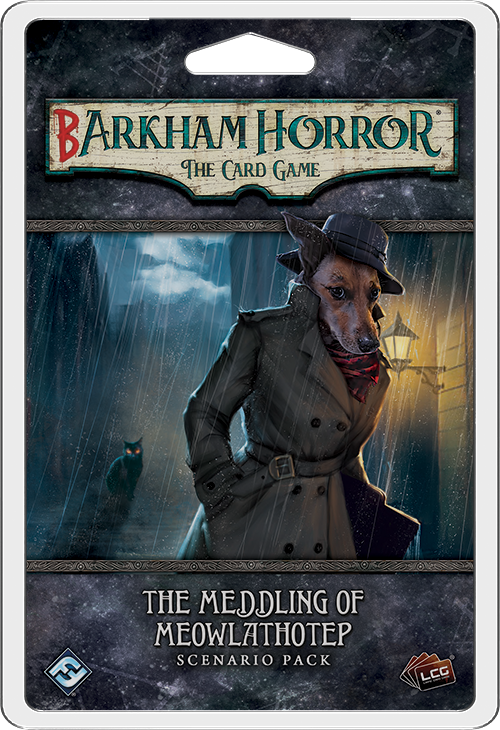 “It is less a refutation of facts than a mere personal affirmation of the author’s membership in that conventional 'very human' majority who take affection and companionship seriously […] and therefore love man’s noblest and most faithful friend, the perennial dog.”
–H.P. Lovecraft, “Cats and Dogs”

Earlier this year, Fantasy Flight Games announced a fake product for April Fool's Day called The Dogwich Legacy, a deluxe expansion for Barkham Horror: The Card Game. Our graphic designer, Chelzee, had so much fun morphing classic Arkham Horror: The Card Game art into new zoological horrors, and we were delighted to share the article with all of you. We thought that was all the project was: a fun piece for one day.

How wrong we were.

The response from you, our fans, was incredible; and you asked, nay, demanded that we make this product. Well, we listened, and today we are proud to announce Barkham Horror: The Meddling of Meowlathotep, a 100% real, playable standalone adventure for Arkham Horror: The Card Game—now available for pre-order through our website and at your local retailer!

We’re incredibly proud to bring this product to you, and we’re also proud to support Pets for Vets®, a charity bringing veterans and trained companion animals together. To learn more about Pets for Vets and their important work, check out their website here. 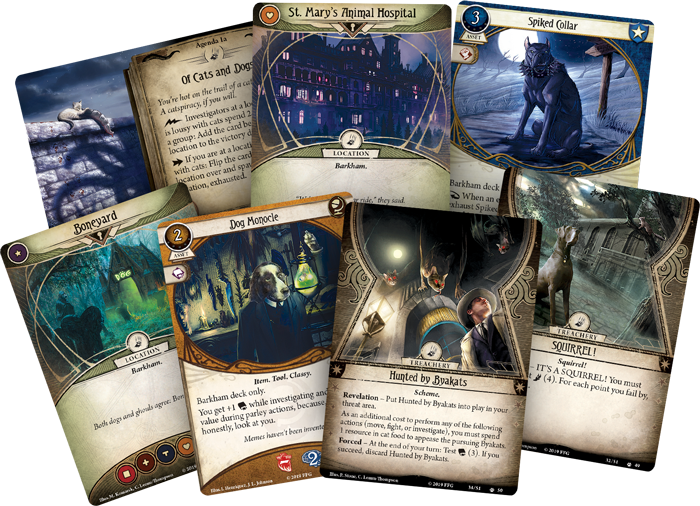 Barkham Horror is an alternate universe in which the conflict between humanity and the eldritch forces of the Mythos takes a back seat, and the conflict between dogs and cats takes center stage. In The Meddling of Meowlathotep, a 78-card standalone scenario pack, the investigators must stop Meowlathotep, the Prowling Chaos, Meowsenger of the Outer Feline Gods, who is terrorizing the city of Barkham. Only a few precious pups can defeat the various Meowsks of Meowlathotep and prevent them from destroying Barkham and the world!

When this adventure kicks off, you are hot on the trail of a cat conspiracy. A catspiracy, if you will. Dogs all across town report seeing strange, unnatural cats prowling the streets of Barkham, and each day more and more pigeons are going missing. You’ve picked up the scent of something big, and once you sink your teeth into a story, you just can’t let go. A little wet fur has never stopped you from finding the truth. Perhaps if you investigate the areas of Arkham most plagued by these sightings, you can root out the cat‐monsters that dwell within. 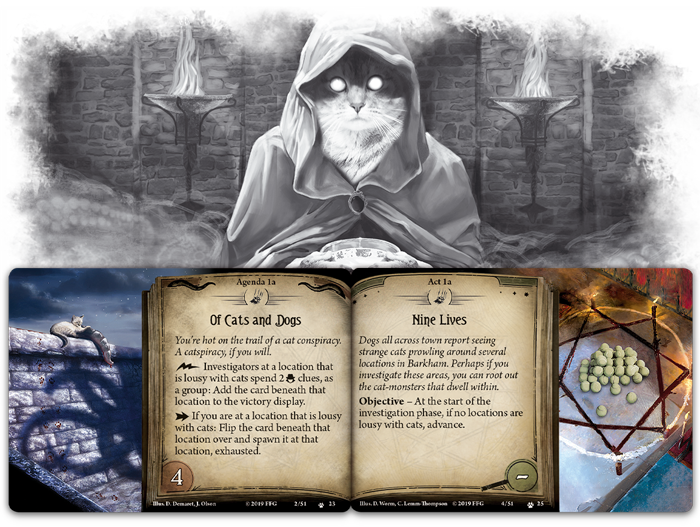 Out of the Doghouse

Unlike other standalone adventures like The Labyrinths of Lunacy or Guardians of the Abyss, this scenario can only be played as a standalone scenario. The canine investigators included are not intended for use in the rest of Arkham Horror: The Card Game, nor are human investigators meant to be involved in the affairs of their animal friends. (But we know you'll still try it anyway.) However, the player cards from any Arkham Horror: The Card Game product may be used for building your investigator decks, with a few exceptions specific to each investigator. Undoubtedly, the most important one being no cats under any circumstances! 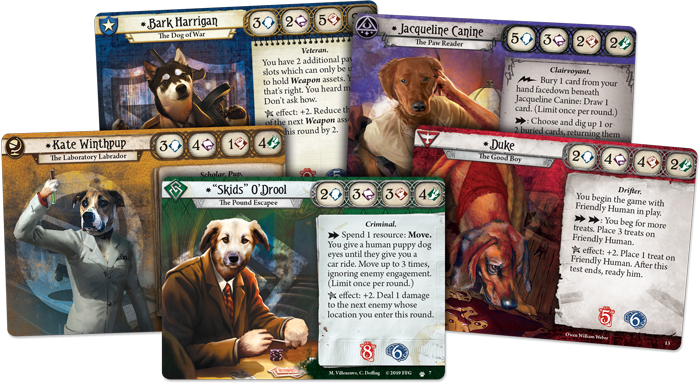 Among the new canine investigators, you will of course find the famous Duke (The Meddling of Meowlathotep, 13) as well as a selection of new puppers and doggos, including the recent pound escapee, "Skids" O'Droole (The Meddling of Meowlathotep, 7). “Skids” O’Drool always wanted to be a good boy, but his nose for trouble kept landing him in the pound, where the “bad dogs” go. Usually, this was because of his favorite pastime: begging to go for a car ride, then fervently wrenching the wheel away from the hapless human. How this obsession with cars began, we may never know. All we know is that other drivers should be careful when “Skids” is on the loose.

Just like their human counterparts, the investigators of The Meddling of Meowlathotep have their own signature asset and weakness. For example, “Skids,” with his intense affinity for car rides, may choose to Take the Wheel (The Meddling of Meowlathotep, 8) and drive across the city, dealing three damage to an enemy each time he enters a location. While this is a powerful ability to be sure, it will also attract the unwanted attention of the local Dogcatchers (The Meddling of Meowlathotep, 9). Determined to hunt and capture the havoc-wreaking O’Drool, these well-meaning, but clearly misguided humans will halt the movement of any canine they come in contact with. If you wish to solve this mystery and save the world, you will have to be quick on your paws to outrun trouble and chase the truth! The fate of the world—and all the treats in it—hangs in the balance. 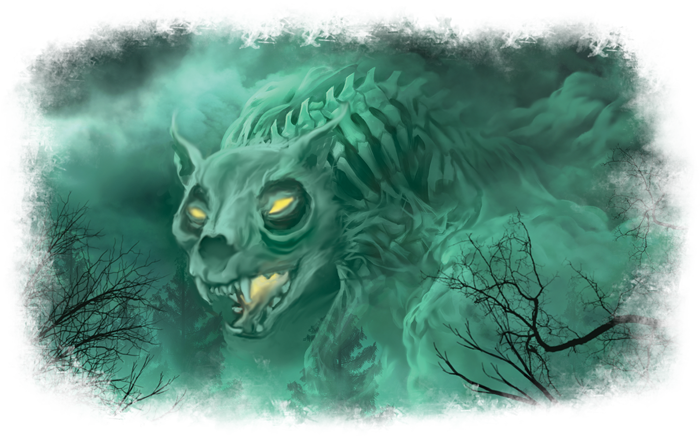 A Cat’s Chance in Hell

The humans have no idea of the dangers that lurk just beyond the world they know, and you must do everything in your power to keep them safe. They are the purveyors of pets, the givers of treats, and now is the time for you to live up to the name “Man’s best friend!”